Ben Rock Yammers at You
3 Comments

Posted by neptunesalad on April 2, 2010 in Complaints that go on too long, Directing, Tech Talk

In the Kingdom of the Blind…

This was inspired by an argument I had recently with someone who will remain unnamed and who probably will never read this. But if THIS PERSON (no gender hint) does read it, maybe they will at least learn to appreciate my point of view while continuing to argue for anti-visual filmmaking. Or as I like to call it, “radio.” 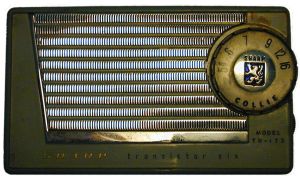 So as a foundation, I should really explain the mindset I am proposing, which in my estimation is common sense but apparently it’s up for debate  – There are four things needed in any film, and if you don’t have all four you don’t really have a movie. They are:

And of all these things, it has become trendy to pay no attention to the visual, which is surprising nowadays when getting a good look is as cheap as it’s ever been. There was a time not six years ago when, in order to achieve the “film look,” would-be filmmakers would have to shoot on film. At a cost of $120 for 400 feet of raw footage (that’s 10 minutes worth of 16mm), then some for processing, then maybe $250 or more per hour to transfer that to video. Today, for less than the cost of raw stock for a student film in 1995, anyone can own their own camera system.

And yet the look is the last thing to have attention paid to it. I mean, is looking at people talking really that exciting? I would argue that even the most interesting scene is made MORE interesting by focusing on the look, the lighting, the composition. We’re filming a thing, which should be distinct from recording it, right?

And as I should get specific here, I’m talking about the “mumblecore” movement where a belief pervades that “it’s unvarnished and therefore true.” I’m also talking about people who read about the “Dogme 95” movement from Denmark, but decided that the only  rule that Lars Von Trier & Co. set down that was worth following was the one about working with available light. Or people who see films like “The Wrestler” or “Open Water” or whatever the Duplass Brothers or Kevin Smith make and decide that the look isn’t necessary – it’s all story or character and fussing over look is unnecessary.

I just don’t get it. People are enamored of working in film and making movies, yet they rail against the visual aspect of the job. And I would argue that the visual IS the job (or at least a quarter of it, see above).

Although Vincent Laforet, Stu Maschwitz, and David Nelson proved that you can make a decent-looking film with available light shooting on the Canon 1D Mark IV, the point wasn’t NOT to use lights anymore or to not concentrate on the visuals. I would argue that these guys sweated over the look of the film, as they are all primarily visual storytellers – they just wanted to see how far they could push it, and they still made a visual film (see below). Is this because they went commando and shot with no lights? No. It’s because they are all disciplined visual storytellers, and they knew how and when to push their limits. See for yourself:

A Face for Radio

Things like affordable super-low-light cameras and shallow depth-of-field give filmmakers a chance to experiment more, maybe even make more mistakes, but the cult of the amateur certainly has some pronounced drawbacks when it comes to making films that compel us to continue to watch and has the effect clogging the internet and even DVD shelf (though less so for the multiplex these days) with material that could look a lot better.

I hate to end this with a question, but I think it’s an important one for every filmmaker to ask and I’d love to hear your responses. What differentiates a film from everything else? What does anyone need as a foundation to make a film that will work for an audience? And why are you making a film, specifically, and not a radio play?

← Stick it in Your Ear: 10 Podcasts You Need
What’s Wrong with This Picture? →

3 comments on “Point and Shoot”